The old logo is SO much better than that shitty backwards C.

Trailing Deadline.com’s breaking news… It’s about time they put this into works!

Comedy Central and MTV are launching the first-ever Comedy Awards, which I assume is a big F-U to “high-brow” award shows like the Emmys and the Golden Globes that don’t think the absurd lives of 5 assholes running a bar is deserving of recognition. (It’s Always Sunny deserves some kind of award, other than a place on my DVD shelf.)

The awards show spans both TV and film and has 15 different categories, including Comedy Series, Stand-Up Special and Comedy Directing.

What sucks about this, is everyone watching expects them to bring the funny. Everyone laughs at lame jokes during the Emmys, the Golden Globes, the Grammys and the Oscars because all people expect are yawns. Maybe this award show is just a ginormously huge prank?

Not gonna lie – it’s been awhile.

Anyways, I’m back and in action and in the City of Angels, ya dig?

Here are some thoughts:

2. I’m so into fat shows right now. Well at least MTV’s “health conscious” reality show, “I Used to Be Fat,” where newly high school graduates vow to lose about a thousand pounds before they start their first day of college. Or something like that. Nazi trainers just do it for me, I guess.

3. Jesse Eisenberg is McHotsenberg. I’m not sure why I suddenly find him attractive. Maybe it’s his jumbled, intellectual jargon that makes my heart skip a small beat,  but I decided to rename him.

4. The Bachelor is the funniest sitcom on the network right now. You guys may argue me on this, but I’m totally sold. Girls crying over a guy they may have spoken to twice because they “were just falling so in love with him”? A “group date” consisting of making $5 budget commercials for the Red Cross Blood Drive? And a bachelor who seems slightly retarded? C’mon this is irony at its best. Can’t stop watching.

5. Schadenfreude makes me feel better, especially on Valentine’s Day. I’m not bitter about my past relationships. If anything, they’ve taught me a handful about myself and what I don’t want in a guy. But it does make me feel awesome to know that people had it worse off than I did during those drunk-crying episodes. Pffff don’t judge me, you know you feel the same way! Check out these break-up stories, (via Gawker) and feel better too!

I also have another blog – melzey.tumblr.com that chronicles most of my Cali travels thus far. Check it out, bitches.

… And I actually just watched the Frankie Muniz movie last week as well, so what a coinky-dink. 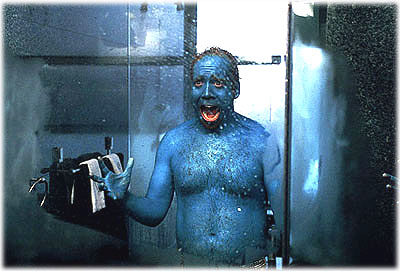 But seriously, I suck.

I haven’t had time to post in the past month, and kind of got wrapped up in my own shit, that I forgot about what I actually care about.

Here’s an update on my life since I’ve posted last:

1. I now have a fake tooth. Please, please contain your excitement, it’s not even that cool. Okay, it’s pretty cool, but not high-five worthy. Apparently my sweet tooth had too much decay, so they had to saw it down and create a new one out of porcelain. The punchline: I was half-asleep when they did it and woke up mid-way, long enough to feel my tooth half gone. Dazed and confused, I had a mild freak-out and gently fell back asleep. I guess I learned my lesson. Oh yeah, and I also had to get 9 fillings in 4-hours. My poor dentaduras.

2. I got an internship with Texas Monthly. Mel, you sly, sly dog. After interviewing with them two years ago and being shunned for an editorial position, they invited me back to interview for a Digital Department internship. As in web stuff. As in stuff I wants to do. Take that, non-believers!

3. I’m a huge fan of Veronica Mars. Not only is VM underrated, it pulled an Arrested Development and was canceled after the 3rd season. Still, the show follows Veronica on her quest to find the killer of her BFF. It’s a crazy, 21-epi whodunnit. And probably one of the wittiest show I’ve ever caught on Netflix.

4. Sia is still amazing. Twenty-three years since the start of career, and SIA has still got it. Her most recent tunes that’ve been stuck in my head include “Clap Your Hands” and “Bring Night,” from her recent album, We Are Born. The bubbly, electro-gum drop beats makeup for the inaudible lyrics. But believe me, it’s  terribly addicting.

5. I am now officially a senior. And i’m inching closer and closer to the real world. If only the real world was more like The Real World. I too would be famous for about 3 seconds, and after inflating/flaunting my personal issues on the tele, I can tour b-rated clubs, scrounging around for an actual career. Le sigh.

Sorry for the month hiatus, friends and foes.

Anways, now that July is wrapping up, I forgot to give a toast to you!

And remember to watch the Season 2 premiere of Jersey Shore tomorrow 10/9c!

MTV is already getting ready for the 3rd season, hiring a shoe-in for Angelina: 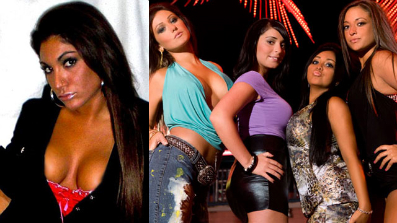 “Cortese describes herself as ‘f**king classy’ and ‘addictive and expensiv3 lik3 cocaine.’ A MySpace page for the former Brookdale Community College cheerleader shows her in various provocative poses, where she is seen scantily clad, often kissing her female friends and holding a bottle of liquor.” – Fox News

Imagining a Fox News reporter writing that article makes me spill my giggles. But with this news, plus spats between The Situation and Shore producers, my apprehension and anxiousness has gone overboard. Only not really at all, actually.

Apparently Justin Bieber is up for Black Entertainment TV’s  Best New Artist award, competing against the likes of Nicki Minaj, Young Money, Melanie Fiona, and Wale. I just feel the nominations are incredibly imbalanced in talent.

Some comments from EW.com:

“Yes, because when I think of black entertainers the first thing that pops into my mine is a little white boy who looks and sounds like a 6 year old lesbian.”

And Selena Gomez is up for the YoungStar award, the same award Will Smith’s daughter Willow Smith is nominated for. I’m not even sure how she got on the bill.

Due to some leaked photos (oh yeah and here) of Tess Taylor and Alexa Neiers doing crack, E! has decided to pull the show. I guess they bit off more than they could chew.

So it’s true that “Pretty Wild” starlets, Tess Taylor and Alexa Neirs ARE that dumb. I mean, if you do crack/heroin/bong hitting, the least you can do is be fully clothed and NOT let your friends take pictures of you.

I’m sure you all caught this vid that blew up yesterday. It’s of 6th grader Greyson Michael Chance bellowing his heart out during his piano/theatrical performance of Gaga’s “Paparazzi” at his middle school’s talent show.

Not gonna lie, I’ve had it on repeat since yesterday.  I pretty much cried a river of slow tears, I was so touched.

Take notice of the girl’s behind him, with their googly-eyes and dropping jaws. One of my favorite comments on Youtube so far: “The blondie in the back is gonna have to change her panties after this.”