[originally blogged at 6:13am]

I’m wide awake, and I’m not sure why.

I’ve started doing web uploading for The Daily Texan, which means I start at 12am, and finish at like 2am. And it’s really beating my sleep cycle back to my youthful days, when I used to stay up til sunrise watching “Brady Bunch” marathons on Nick at Night.

After re-reading my post about the Sweet Valley High movie, I realized that there is so much potential in re-creating childhood favorites. Because nostalgia is like Vicodin: It numbs you a little bit, and makes you feel a slightly better inside. Don’t we all get addicted to nostalgia in random spurts?

Yeah, our favorite, literal-minded maid was actually a nimrod. But she was loveable in an awe-shucks, wag your finger kind of way. I’m not sure about you, but whenever I read the books, six-year-old me really wanted to grab her shoulders and shake her profusely and just yell “A JELLY ROLL IS A DESSERT! LOOK AT WHAT YOU’VE WASTED!”

Who should play her? Amy Adams, of course. She’ll light up the screen without being annoying.

He was the boy detective that charged a quarter per case. God, kids back then worked for real cheap! Anyways, before he solved a case, he would close his eyes and take a deep breath, and ask a question that ultimately results in a solution. He was like a boy House or something. And I admit, I never had the patience to solve the mysteries myself and always flipped to the “Answers” section.

Who should play him? I almost said Justin Bieber, because I couldn’t think of any other ten-year-old boy. Then I realized that Skandar Keynes could definitely pull it off, even though he’s like 17 or something now. He’d be perfect. 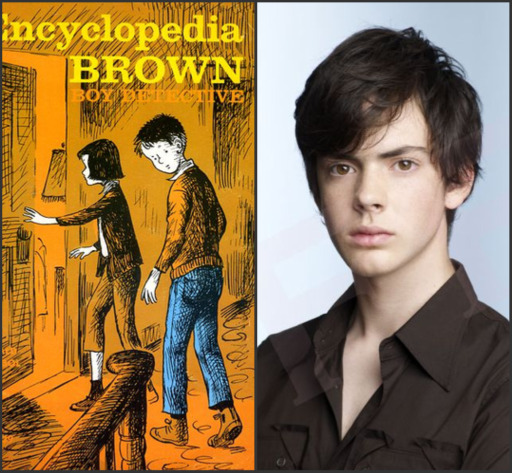 They lived in a random boxcar and used an “ice box” to keep their forest berries cold. Henry, Jessie, Violet, and Benny were basically the foundations of the “Man Vs. Wild” series. Yes, I’m pretty sure these orphans should’ve received royalties to the show. If it wasn’t for their Grandfather picking them up and what not, i’m sure they’d be millionaires and would then be The Mansion Children.

Who should play them? Henry was the most well-to-do and oldest of the bunch. So he deserves to be played by that guy from Kick-Ass, Aaron Johnson. Jessie is responsible and motherly, and should then be played by Megan Fox, you know, to attract the male readers. Violet was always kind of a whiney biotch, so I’m sure Miley Cyrus could play her well. And Benny would run his mouth like no joke and is supposed to be like five or something. Perfect for J. Bieber.

This guy is legit. He has vengeance and family values pumping through his veins, and won’t let anyone – not even the fairy police (Yes, the fairy police, get in his way.) With his wits and high-tech gadgets,  I really wish I could high-five him.

Who should play him? None other than the suave Logan Lerman. 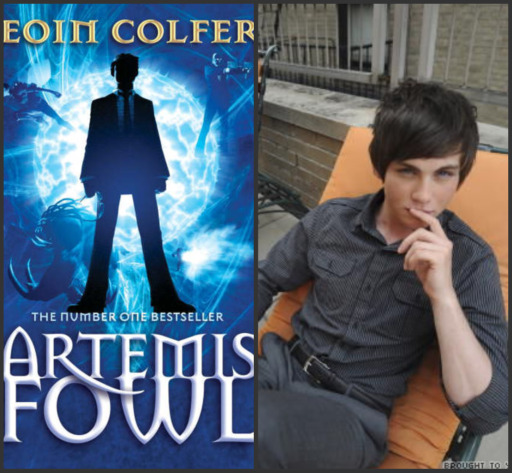 3 thoughts on “Books that should be movies”