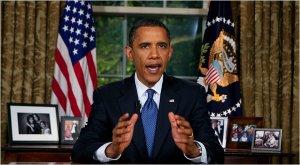 Anywho, I missed Mr. Obama’s address tonight, due to some hopelessly boring text reading/catching some emotional Make It or Break It scenes while my roomate watched the tube.

But after reading a few articles about it, I’m surprised there aren’t hipsters in the street right now, running around, blasting their Hot Chip.

I feel like I’m getting a little soft on this subject, but I personally feel a little bit torn on the Iraq issue. Oil did play a huge factor in it (duh!), Saddam is gone and apparently so are his “weapons,” and we did get the Kurds back on their feet. And I understand that trillions of money and lives were lost with the whole mess. But part of me is just wondering how I’d feel if a person jumped me and beat me up terribly, and some powerful force shunned him away suddenly, but left me still dazed and bruised. Are the civilians ready to be on their feet or do they still need training, protection, whatever.

Still, there’s all of the domestic mumbo-jumbo problems we have right now. Health care. Drug wars. Recession. Immigration policies. Our money and attention should be stressed on those issues, right? Obama thinks so.

But is Obama using now, right before the mid-term elections, to pull out? Well let’s see – polls recently showed that he did have the lowest approval rating of his career, and I’m sure people aren’t too fond of a government-run health care. I’d say yes.

And wth Republicans hyping up their lead in the polls months before the elections, no wonder Dems are shaking in their Toms. Come November, will they still be the Majority Party?

3 thoughts on “So officially, we’re pulling out…”