Seriously, have you watched “Scandal”? I’m late to the party, but I’m handling it.

I’m proud/embarrassed to reveal that my boyfriend and I started and finished all three seasons of “Scandal” in one month. ONE MONTH. That’s a whole lot of shouting, gasps, wine gulping, finger-pointing, and tears. Lots and lots of tears. And blowing of my nose. Yes, I totally cried when you-know-who bites the dust (like half of the cast!). Noooooooo.

Oh Shonda, my Shonda. I would like to send all 14 writers in your writer’s room (yes I did just look at the list of “Scandal” writers on Wikipedia) a gift basket full of home-baked cookies and my dignity.

SEASON 4 started oh-so LIV-idly. I won’t get into any spoilers, but someone may be dead, there are scenes inside the White House, there’s mention of a senator, and there are one or two or three heated exchanges. Sounds about right.

Also, Portia de Saucy’s in this season. I’m so excited she’s joined the cast. After “Better Off Ted” and “Arrested Development” season 4, my mind was taking on a 1920’s paparazzi man’s voice saying, “Portia! Portia! Over here, Portia! Where are you?!” And I’m glad she’s back on the silver screen and can’t wait to see a shouting match between her and Olivia. Shit will go down.

In related news, have you guys read up on the real-life inspiration for Olivia Pope? Judy Smith is the real force to be reckoned with. 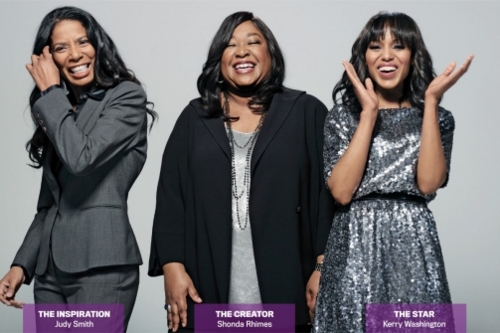 What do you think about “Scandal”? Or the new season? Let me know in a comment.