This is of course coming a little late. But the bf won tickets to Entertainment Weekly’s CapeTown Fest showing of “Return of the Jedi”. How did he do it? His nerdiness won everyone over: 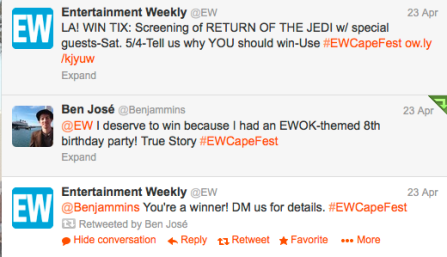 This was the first time the film has screened at the Egyptian Theatre since its premiere in 1983. Fancy that! And since it was my first time actually watching anything in that theatre—it was nothing short of amazing.

There were planned guests for the afternoon, but the supposed guest for the 2p showing, our showing, didn’t arrive. And while EW tried very, very hard to stall, no one ever came.

BUT we did get to watch a short doc buy Seth Green, called “Return of Return of the Jedi,” where comedians/nerds/the like talked about why this was their fave Star Wars flick. And lo and behold—Topher Grace was in it. How I miss my high school crush.

So we didn’t get to see special guests and we didn’t get free stuff, but I did get to watch a Star Wars movie with Adam Scott, which has gotta be the best thing to ever happen to me. 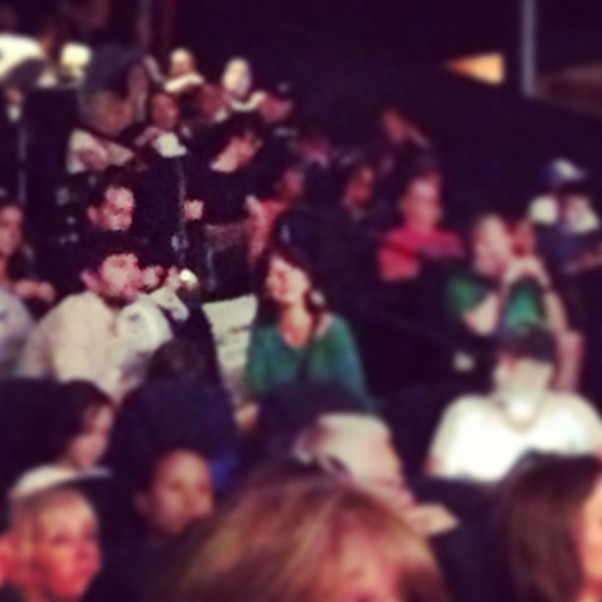 Adam Scott—blurry, and all the way to the left!

And now I shall hug this pillow to sleep. (via Saturday Morning Pancakes)

In the meantime, tell me you fave Star Wars film in a comment!